Why I Deserve an Opportunity to Cover the World Series Professionally

As a seasoned baseball writer, indeed as a veteran fan and serial chronicler of America's national pastime, nothing infuriates me more than when, each October, the major British newspapers select eminently unacquainted, in-house journalists to cover the postseason and World Series, it's premier showcase. All too often, we're left with reporting that is sparse, uninformed and careless; articles that are rushed, uninspiring and sprinkled with "knowledge" obviously pillaged from Wikipedia; and, ultimately, a bitter taste in the mouth. The true baseball fans of our country deserve so much more.

A part of me understands the phenomenon of plugging square pegs in round holes. After all, baseball, in its slow and monotonous manner, is a very niche sport here and, naturally, papers don't see fit to expend valuable resources prescribing it too much attention. However, by and large, every major news organisation latches on to the World Series, reporting on it in a superficial manner. My argument is this: once a newspaper or website decides to carry coverage of baseball, why, then, do they invariably settle for bog standard work? Why don't they seek the journalists most knowledgable about the subject matter? Why do they shoehorn football or rugby or cricket or cycling writers onto the baseball beat? Why do they sacrifice quality just to keep existing staff busy?

The phenomenon really does befuddle me. I suppose it's just one of those quirky idiosyncrasies unique to the journalism trade. Certainly, in very few other industries would you find such peculiar staffing arrangements. One wouldn't ask a distinguished plumber to tamper with electrics, nor allow a painter to pave a driveway just because he's part of the same firm, working on the same job, at the same time. In any other walk of life, specialism is prized, but not, seemingly, when it comes to doling out assignments to cover North American sports in Britain.

I want to change this. With every fibre of my being, I'm striving to find a paid role, within the traditional British press, reporting on the forthcoming Major League Baseball postseason and World Series. I yearn to impart my knowledge, understanding and natural love of this sport, perhaps unequalled in our isles, to as wide an audience as possible. I want to educate people about baseball, give them more than the crude basics, and enrich the output of any organisation which similar strives for the finest coverage. I just pine for an opportunity to show my worth.

I believe wholeheartedly in my ability as a young journalist, and feel strongly that very few people in our nation are able to write about baseball with more originality, wisdom and verve than myself. I'm exceedingly versatile, and equally comfortable writing game reports, interviews, extended feature pieces, opinionated columns, detailed historical investigations and any other form of journalism. Any newspaper, website or publication would immediately improve its potential MLB coverage by hiring me, and I implore all to consider it.

In a series of bullet points to save time, I will now outline exactly why editors should consider employing me to report on baseball:


So, there you have it: the key reasons, amongst many others, why I deserve an opportunity to report on Major League Baseball within the mainstream British media. If you would like to extend a professional opportunity, or confer advice to that effect, please don't hesitate to contact me, either by email (rfergusonsportswriting@gmail.com) or Twitter (@PrentoniaPSV).

Thank you.
Posted by Ryan Ferguson at 04:06 No comments: 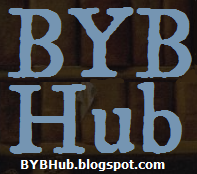